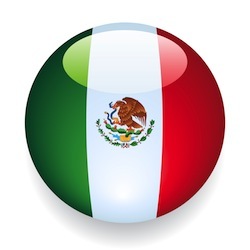 No export market has shown the growth performance for the U.S. meat/poultry sector more than Mexico. U.S. meat/poultry exports to Mexico are set to top 1.5 million metric tons (2.4 billion pounds) valued at US$2.8 billion this year, the equivalent of over 8 pounds for every American. The 15 year growth rate in export value has averaged 15% back to 1995. Broiler exports have posted new record highs two of the past three months (Aug/Oct). Broiler exports to Mexico will surpass annual record volumes by >20% this year; pork exports will surpass last year’s record by >10%. Turkey exports have bloomed also, up 9% through October and on track to set another annual record. While Mexican pressure has grown against the rising pork and broiler shipments, both domestic production levels have held relatively steady for years (see note on broiler issues below).

Beef has been lost in the shuffle, with 2012 volumes nearly half of the 2008 record levels. The reason for U.S. beef’s decline to Mexico has more to do with the U.S. than Mexico: U.S. grinding beef demand has shot up the past 3 years, keeping more of these beef round cuts at home. 90% lean beef prices are posting new record highs three years running (2013 will likely be the fourth). Higher-priced rounds are being outbid for U.S. fast food hamburgers. Mexico is set to remain a key market for U.S. meat and poultry. Expect volumes to grow, mainly pork and poultry, barring political barriers.