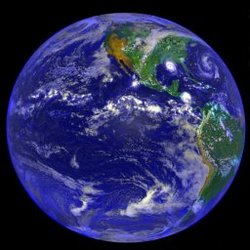 The high 2012 corn prices continue working their way through the global pork production sector. And they are having an impact.

When drought-induced U.S. corn futures topped $8/bushel last summer, the consensus was that pig producers would liquidate. Over the winter, USDA’s inventory reports have showed the opposite, that slight expansion has occurred. However, if we look outside the U.S. borders, that liquidation has happened and may be accelerating. ##China Chinese producers begin seeing feed costs swell into winter, mainly through the rising cost of imported soybeans and meal. The high live hog prices kept margins in the black. But those prices have fallen, down -26% since January highs and feed costs remain near steady, driving losses and liquidation, further pressuring prices lower. This liquidation will continue until margins improve either through higher hog prices or falling feed prices, both seeming unlikely near-term. ##EU European producers are reducing production in the wake of the union-wide sow-stall bans that took effect Jan. 1, 2013. While inventory data is painstakingly lagged, EU-27 external pork exports are now down -6% over the past 6 months compared to the same 6 months a year ago. The EU Commission has warned countries not reporting full compliance, but no official action (fines or forced closures) have occurred. These producers were also not immune to the feed price spikes in 2012. ##South Korea Pig farmers over-expanded in 2011/2012 following the FMD culling in early 2011 that led to a -30% pig inventory reduction. Sow stocks increased from the 976k head in December 2010 to 1.07 million in June 2012, just in time to meet the corn price spikes last summer. Korean producers recently reported losses in excess of US$100/head and pork has poured onto the market. Importers sitting on high-priced inventory have bought short term needs to avoid releasing the higher priced inventory and triggering losses, but much of that inventory is now approaching shelflife limits and is also being flushed through the system. There will be importers and producers insolvent before this ends. ##Canada Canadian producers have also been liquidating under financial pressure. January breeding numbers were down only 1% but further liquidation is being reported. Financial strain has led to the restructuring of some of Canada’s largest producers. #Bottom Line: High grain pain is taking a toll. It’s still too soon to know what this year’s corn crop will bring, but liquidation around the globe will lead to future opportunities for those still in business.