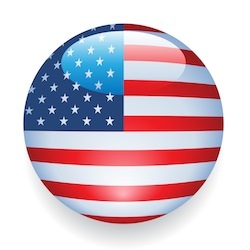 China has restricted the use and importation of beta agonist compounds and meat from animals fed beta agonists for years. Ractopamine has been recently listed by both China and Russia in new requirements to have imported meat be certified free of the compound prior to import. In an illogical move, Taiwan restricts pork produced with ractopamine but not beef; ironically, they also have a substantial pork industry but not much of a beef industry. The European Union also restricts beta-agonists in meat imports. These “requests” by overseas governments (not consumers) are beginning to impact U.S. production practices.

Ractopamine is an Elanco (Eli Lilly) product, marketed under the brand names Paylean® (for pigs) and Optaflexx® (for cattle). Other beta agonists exist as well such as Merck’s zilpaterol, marketed as Zilmax® (for cattle). These beta agonist feed compounds were developed as “clean, green” alternatives to hormone-based growth promotants. All are FDA-approved and have proven effective and safe as feed-efficiency compounds. The international food standards body Codex adopted maximum-residue-level (MRL) standards for ractopamine last July, endorsing their view of the product’s safety. Pigs fed ractopamine typically get to their finished weight using about half a bushel less corn than their counterparts that do not utilize the compound. Cattle that are fed ractopamine reach their final weight 8 days faster than their non-beta agonist counterparts, consuming an average 2.3 bushels less corn. More on corn impacts below.

With new Russian and Chinese requirements that U.S. pork exports be certified to have been produced without the feed-efficiency compound ractopamine, U.S. farmers and processors have some big decisions to make. These decisions come down to hard numbers. We offer the following analyses and math as unbiased research designed to provide economic context to this murky issue:

Careful analysis should be undertaken in decisions that can shift U.S. production to this extent. As shown above, export markets alone will not bear the lost value from foregoing ractopamine production. Unless consumers here at home are willing to pay a premium, the future of ractopamine-free pork remains cloudy.