The Biggest Beef Exporter on Earth 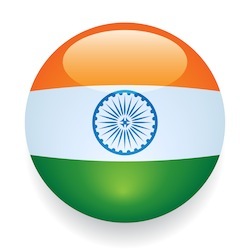 A very interesting irony in the global agriculture sector today is that India will become the largest beef exporter globally in 2012. However, they do have the largest cowherd (and dairy herd) on earth. This discussion always brings a flurry of questions as perceptions of India’s strong vegetarianism and bovine religious views would project a very different story. In a limited amount of space here today, we hope to break it down in a clear way.

First of all, Brahman cattle are and remain sacred in the Hindu religion. These cattle are classified as Bos Indicus and are used for meat production in many other countries. In fact the famous Nelore cattle of Brazil originated from India. But India has more bovines as well. Water buffalo are abundant in India, are often referred to as Carabou (or Carabeef), and do not hold the religious stigma. They are used for dairy cattle and plow animals. These comprise the “new” beef export sector in India. Indians consume very small quantities of beef as the Hindu religion prohibits it. But while the Hindu’s comprise 80% of the population (970 million), there are also 161 Muslims (16%) that eat beef, although in smaller quantities than non-Indian Muslims. India’s overall beef consumption of about 9 lbs/capita (vs. 55 lbs/capita in the U.S.)

As global beef prices have surged higher, enterprising Indians have found great value in exporting beef from the water buffalo (dairy) sector. These exports are destined mainly to selected Southeast Asian countries and the Middle East. The beef is a very low quality and averaged US$1.26/lb thus far in 2012 versus U.S. exports at US$2.69/lb. Key Indian beef markets in order this year are (% of total): Vietnam (26%), Malaysia (10%), S. Arabia (8%), Egypt (7%) and Jordan (7%). India has endemic Foot-and-Mouth disease in cattle and is prohibited to most key U.S. markets including Canada, Mexico, Japan, S. Korea, Taiwan, H. Kong, and others. In fact the top 10 U.S. beef export markets include only two in common with India’s top ten markets: Vietnam and Eqypt. Only three top-10 markets are common between India and Brazil: Iran, S. Arabia, and Egypt.

Bottom Line: Global beef economics will drive further export growth. India’s gap as the largest beef exporter on earth will widen for years to come. India does not pose a direct threat to other key exporters, but will displace smaller volumes in lesser, lower-end markets around the globe. With developing countries driving global populations higher, there will likely be plenty of room for all key beef suppliers into the future.